Many growers still have a poor understanding of trace elements and could be experiencing substantial yield losses without even noticing.

Leader for the sustainable farming systems project at SARDI, in SA, Dr Nigel Wilhelm, says since the 1920’s southern Australia has been renown for having some of the most trace element deficient agricultural soils in the world.

“But trace elements are notorious for causing losses with no symptoms.” he said.

“And without the adequate supply of these nutrients, we are just growing food for the root diseases, and harvesting what they leave.”

Despite the examples of the benefits from managing a single element, the most important ingredient for providing sound nutrition to crops and pastures is balance.

“The only way we can develop sustainable cropping systems is to produce crops and pastures which are making maximum use of available water – within season rain plus stored water in the soil profile.” Dr Wilhelm said.

To do that, he said they must be well supplied with all the essential nutrients, and be in condition to access these nutrients in the soil profile.

“This means money and effort must be spent on providing crops and pastures with all the necessary nutrients, because vigorous and profitable crop and pastures will still not be produced if only one nutrient is deficient in supply.”

He said that, by applying trace elements, farmers were fine tuning their systems rather than overhauling them. 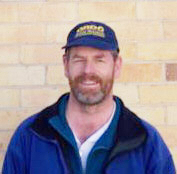 “These elements are put out to correct the deficiency, not to solve the problem.” Dr Wilhelm said.

Fertilisers should not be the primary defence against root disease.

“Fertilisers, rates and types should be targeted to achieve optimal productivity, not disease control.” He said.

“They should be regarded as the icing on the cake of a sound rotation and low disease level.”

Dr Wilhelm said using more fertiliser was not always a better option, and application above those required for optimum crop growth were not beneficial in disease control.

In terms of nutrition testing, he said the best indication was from tissue tests, rather than soil tests.

But Dr Wilhelm noted there were a host of tools available for nutritional tests, including testing grain, plants and soils, as well as crop inspections and fertiliser test strips.